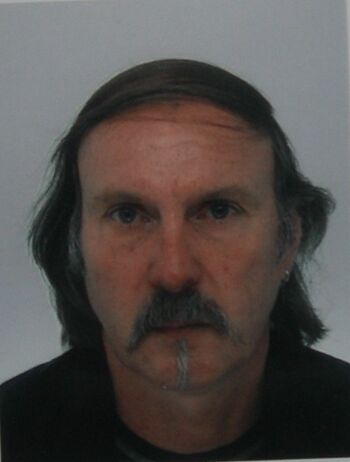 Mark Parkin was born in Cardiff, south Wales in 1958. At the age of nine he immigrated ...
BIOGRAPHY

Mark Parkin was born in Cardiff, south Wales in 1958. At the age of nine he immigrated with his family to Toronto, Canada in 1967. He undertook studying the visual arts by enrolling in the Vocational Art Programme at Georges Vanier secondary high school at the age of 14 years old which under-pinned graphic and fine art.

After graduating from high school he was accepted into the Ontario College of Art in Toronto where he continued his studies in art & design and the fine arts. In his foundation year he studied art & design, later to specialize in the fine arts. During this period he developed an academic approach to painting by learning various classical Renaissance painting techniques such as egg, oil tempera as well as silver-point and printmaking techniques. During this time Influences such as Giorgio de Chirico, Max Ernst, Ivan Albright and Salvador Dali inspired him to develop his own painting style. 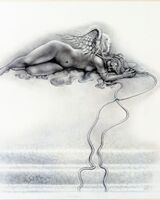 While studying at Toronto University/OCA he received Best in Show for the watercolour painting "No Tomorrow" competing in North York's "Eye on Art" Open Show. The following year he finished his studies at the Ontario College of Art in 1982 and began his career as a professional artist. He resided and worked in Montreal, Quebec for approximately two years before returning to Toronto. The following year he decided to travel throughout Europe to discover the diversity of cultures, great art museums and eclectic art treasures.

In 1986 he settled in Barcelona, Spain. During this period he continued to paint, exhibit and sell his work throughout different regions of Spain. His love for the country with its unique culture remains undiminished despite his departure in 1993 due to family commitments. Since his return to Wales he has been employed as an art teacher/university lecturer and continues to paint and exhibit his work. 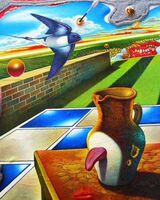